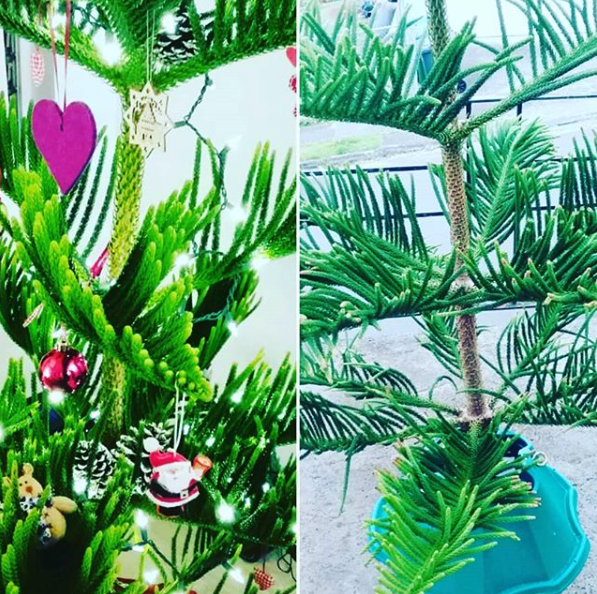 I got a locally-grown Christmas tree last Christmas and it lasted one month and hardly dropped any needles (no mess, no fuss). We finally put it outside in some water and it still wouldn’t turn brown J. We finally took it out of water to be composted and, yep, two months later it’s STILL green! Indestructible!!

I got my tree on O‘ahu, but if our project on Hawaii Island goes well, soon there will be a local Christmas tree industry there, too. Our ‘Āina Mauna Christmas Tree Demonstration Project is testing the viability of a locally-grown Christmas tree farming industry on Hawai‘i Island. 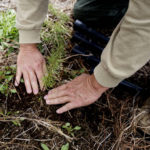 The project moved closer to fruition in 2018 with more species of trees planted at lower elevations. The aim of the project is to protect Hawaii’s fragile ecosystem from invasive pests that arrive to the islands in shipments of Christmas trees from the Pacific Northwest, while contributing to local economic development.

After planting several stands of Douglas fir trees at over 6,000 foot elevation at two Hawai‘i  Island locations since 2014; at the beginning of 2018 we planted several dozen other tree species at lower altitudes, both in the ground and in pots. So far, these low-altitude species — including cedar, cypress, and pine — appear to be growing well.

I think the ones that survive might actually grow here faster than somewhere else.

“I think the ones that survive might actually grow here faster than somewhere else,” says Hawai‘i Agricultural Research Center horticulturist Aileen Yeh.
It will take a few more years before any Christmas trees can be harvested, but early results are promising.

‘Til soon. Yours truly,