HFI worked with the Hawai‘i Forest Industry Association (HFIA), Department of Land and Natural Resource (DLNR) Division of Forestry and Wildlife (DOFAW), Imi Pono, and the Three Mountain Alliance to develop a draft plan for bringing youth to the Kapāpala Canoe Forest for cultural and environmental education.  The goal is to involve youth through cooperative programs with the Department of Education, University of Hawai‘i, and other school and educational institutions.

The draft plan includes a background of the cultural, geological, and biological characteristics of the Kapāpala Forest Management Area; a vision for future youth educational opportunities through input from stakeholders; a summary of resources and needs; and a list of projects directed towards the realization of the vision.

The draft plan will be part a larger Kapāpala Forest Management Plan, which is being developed by DOFAW.

DOFAW contributed $5,000 and HFI received a $10,000 grant from the Cleo Foundation to develop the youth education plan.

In October 1989, the Board of Land and Natural Resources approved a set-aside to the Division of Forestry and Wildlife (DOFAW) of 1,257 acres of parcel 9-8-01:010 at Kapāpala Ka‘ū District, for the purposes of koa forestry, recreation, and forest bird and watershed management. This set-aside is located on the southeastern slope of Mauna Loa on Hawai‘i Island, approximately 12 miles west-southwest of the Kilauea caldera.  The forest is comprised of parcel 1-B of the subdivision of TMK parcel 9-8-001:010, being also a portion of Parcel 1 of General Lease S-5374. Parcel 1-B is zoned Agriculture by the State Land Use Commission and Agriculture-20 by Hawai‘i County. It is adjacent to two large State-managed forest reserves (Ka‘ū and Kapāpala), comprising one of the largest intact blocks (over 100,000 acres) of the state’s remaining native forests. The remaining two sides of the property border the state leased Kapāpala Ranch.

The area is enclosed with five-foot tall cattle and hog guard fence and has access gates at the four corner junctions. Various portions of the fence were built at different times and to different specifications, which will be discussed in further detail in the Plan. Access roads run the perimeter of the property, with one road approximately bisecting the width of the area. The area ranges in elevation from 3,640 to 5,100 feet, with slopes ranging from 6% to 20% or an elevation change of nearly 775 feet/mile. Periodic weed control operations have been conducted and public access for hunting and recreation in adjacent forest reserves have been provided through the set-aside area.

The Hawai‘i Forest Institute met with the Division of Forestry and Wildlife (DOFAW), Three Mountain Alliance (TMA), and Kamehameha Schools Imi Pono No Ka ‘āina to discuss how the Kapāpala Canoe Forest Youth Education Plan would fit into the larger Kapāpala Koa Canoe Forest Management Area Plan. It was determined that the Education Plan would be integrated into the larger Management Area Plan and would serve as the catalyst for engaging the community in stewardship of the area.

The “talk story” sessions have complemented ongoing outreach work within the Ka‘ū community, such as with the ‘Alala Project through DOFAW, and Imi Pono No Ka ‘āina environmental education program through TMA. These programs have incorporated a wide range of community members and have educated the community about responsible management for native habitats and species, historical, cultural, and socioeconomic resources. The ongoing outreach has also linked to the goals of the State and Private Forestry Grant by incorporating the need and passion for stewardship within the community. To assist with the planning process, a site survey was conducted to identify potential education sites, discuss implementation, and assess the resource characteristics of the site.

Stakeholder comments were compiled and common themes amongst the comments have been determined. Follow up discussions with stakeholders were conducted to further assist with the development of the Plan. The established framework of Imi Pono No Ka ‘āina programs will aid in the implementation of educational opportunities described in the Plan. Meetings were conducted to provide planning assistance and input for the Plan.

The information gathered in Phase 2 was developed into the planning concepts and articulated into a narrative structure that will become the Kapāpala Canoe Forest Education Plan. 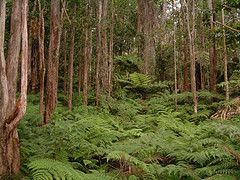