This USA Track & Field Certified Course (HI17001BK) is a Boston Qualifier and the race was sanctioned by USA Track & Field (C17055419).  The course is rated as the 2nd Fastest Marathon Course in the United States by FindMyMarathon.com Fastest Marathon Courses | FindMyMarathon.com.  The race started at 6:00 am at Volcano Golf and Country Club, headed downhill to Hilo along Volcano Road/Mamalahoa Highway until mile marker 26.06 when runners turned left onto Stainback Highway to finish in front of the Boy Scouts’ Kilauea Camp. Total drop was 3,792 feet, total gain was 54 feet, and average grade was 2.72%.

During the first 3 miles, the course went along Mamalohoa Highway (Rt 11) as it passed through Hawai‘i Volcanoes National Park and then entered the community of Volcano.  For the first 15 miles, the course was surrounded by a mixture of original Hawaiian hāpuʻu and ‘ōhi‘a rain forest, residential and agricultural land.  The Start on this clear day offered a spectacular view of Hawaii’s highest volcanoes, Mauna Loa and Mauna Kea, and during the first few miles runners experienced the dawn chorus of many Hawaiian endemic birds that may have included the Apapane, Hawai‘i Amakihi, I‘iwi (all three are Hawaiian Honeycreepers) Oma‘o (Hawaiian Thrush), and Hawai‘i Elepaio (a monarch flycatcher).  Runners may have also seen the Nēnē (endemic Hawaiian Goose) and the ‘Io (Hawaiian Hawk).

The race sold out within a month of it being offered, with preference given to Hawai’i residents, especially those that live on the Hawai‘i Island. 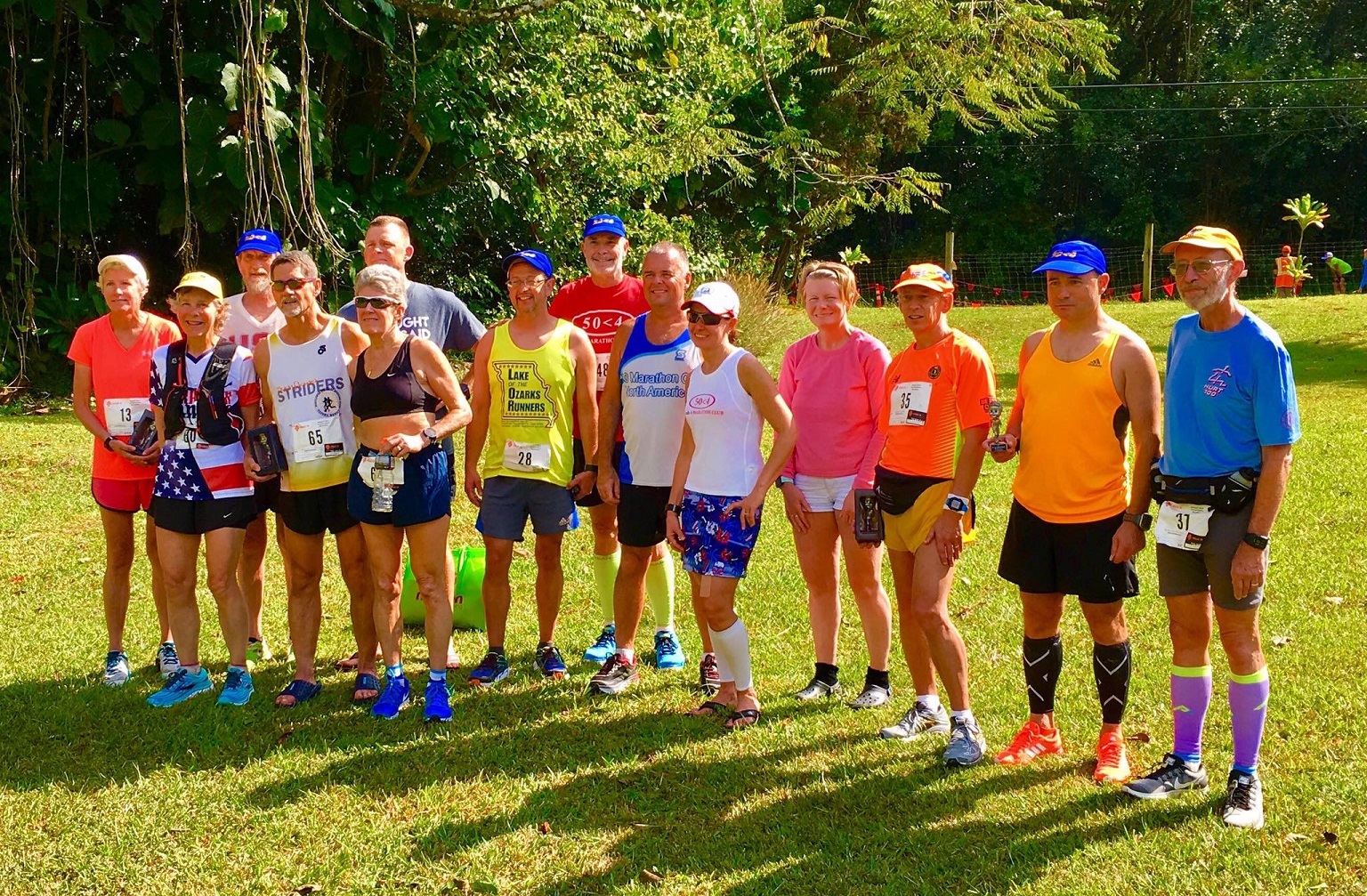 50sub4 Marathon Club members who participated in the Marathon. 2017 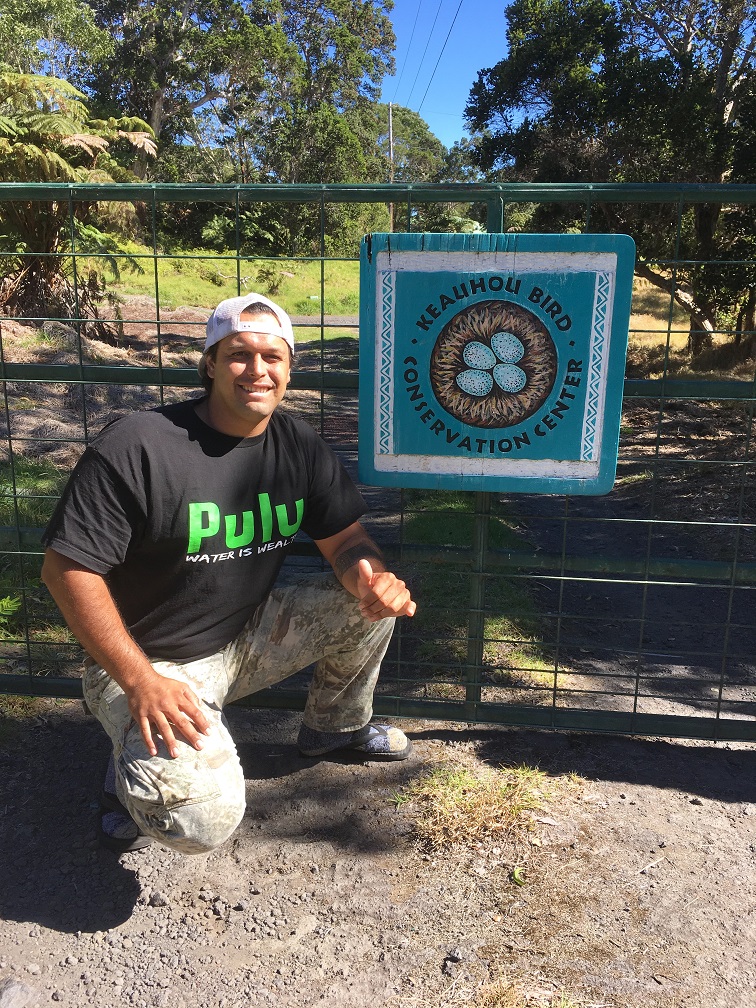 Keauhou Bird Conservation Center Caretaker/Outreach Coordinator Iwikau‘ikaua (Iwi) Joaquin coordinates the student groups and inspires youth to connect with their environment by facilitating service learning activities, which connect science with culture. Iwi has ancestral connections to these lands and shares traditional stories about the history of the place and its people and fosters a responsibility to family, community and homeland.

Mahalo to all the runners who donated: 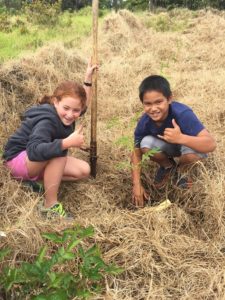