President: Travis Idol, PhD
Professor of Tropical Forestry and Agroforestry at the University of Hawai‘i at Mānoa. 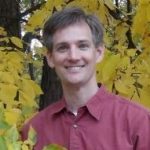 Dr. Idol teaches and conducts research on silviculture and ecology of Acacia koa and Iliahi and the development of agroforestry systems utilizing improved varieties of Leucaena trees.  He earned a bachelor’s degree in biology from Wake Forest University and a Master’s of Science and PhD in Forest Soils from the Department of Forestry and Natural Resources at Purdue University. 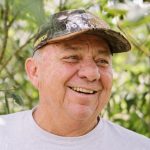 Háloa Áina is a family-owned business dedicated to restoring the native dryland forest.  Wade was raised on an Anthurium farm in the Pana‘ewa Farm lots in Hilo, Hawai‘i.  It was there that Wade learned that if you take care of the land it will take care of you.  Great grandmother Kawewehiokealiiokalanikamamalu was pure Hawaiian and supported herself and her children tending a taro loi in Mānoa Valley where she is buried.  Wade received his Bachelor of Science Degree in Biology from the University of Hawai‘i at Hilo and his Master’s Degree in Fisheries and Wildlife Biology from Colorado State University. 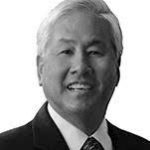 Attorney at Law, Dentons US LLP
Bill is a partner in Dentons’ Honolulu office, has, over a career spanning more than 40 years, helped shape Hawaii’s real estate and financial sectors.  Bill has extensive experience in real estate development and transactions, land use and planning law, securities law, public finance law, corporate and business organization law, banking and financial services law, venture capital financing, and environmental law.  In addition to a JD from Rutgers University School of Law, Bill holds a BA from Yale University and an MCP (Master of City Planning) from Yale School of Architecture. 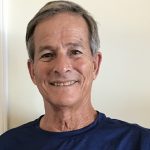 Consultant, In the Woods
Peter has been involved with land, pasture and forest management in Hawai‘i for over 40 years.  He retired from a career of land asset management at Kamehameha Schools (KS) in 2010, where he was responsible for 293,000 acres and 25 people on Hawai‘i Island.  He specialized in forests, pastures and large orchards. Prior to joining KS, Peter was the Ranch Manager for McCandless Ranch and its 66,000 acres in South Kona, Hawai‘i where he was responsible for cattle operations, land leases, and for harvesting koa and processing the timber into kiln dried, well-manufactured lumber. Peter is a Charter Member of HFIA and HFI and was the Chairperson of the Society of American Foresters (Hawaii Chapter) and vice president of the Hawaii Cattlemen’s Association. During his career, Peter was instrumental in repurposing over 100,000 acres of leased pasture lands to working, and conserving forests.  He led KS’ purchase of 30,000 acres of former Hāmākua sugar land and the conversion of over 40,000 acres of former sugarcane land into tree farms and pastures. In addition to tending his native tree orchid in North Kohala, Peter is an avid tennis player and a woodworker.  He has a Bachelor’s Degree in Philosophy from the University of Wisconsin-Madison. 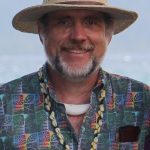 Extension Forester, College of Tropical Agriculture and Human Resources (CTAHR)
Dr. Friday works with landowners, tree farmers, and professional foresters throughout the state and across the Pacific on topics including forest health and Rapid ‘Ōhi‘a Death, restoration of native forests, silviculture of Hawaii’s koa, and agroforestry. Dr. Friday earned a bachelor’s degree in biology from Dartmouth College, a Master’s of Forestry (MF) from the Yale School of Forestry and Environmental Studies, and a PhD in agriculture from the University of Hawai‘i.  In addition to working in Hawai‘i, Dr. Friday has also done projects in Guam, Micronesia, the Philippines, and East Timor. 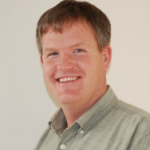 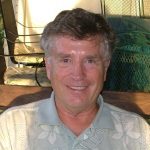 Don Bryan was a professional forester trained at the University of Washington.  He was active in the Pacific Northwest forest products industry starting in 1967. His most recent position was a partner of Hāmākua Tropical Woods.  Don worked for 15 years for the Weyerhaeuser Company, where he served as a road engineer, timber cruiser/appraiser, timber and land purchasing manager, and district forester.  During his career at Weyerhaeuser, he was in charge of planting 40 million trees on their Vail, Washington tree farm.  He also purchased and traded timberland for Weyerhaeuser.

In 1984, Don joined the Campbell Group, an investment banking firm, where he was responsible for timberland acquisition and management.  He was Timber Vice President during his tenure at Campbell, where he played a key role in the first major timberland acquisition by a financial institution in the Pacific Northwest and the first investment by China in the US since World War II.  Don founded The Timber Exchange in Portland in 1987 and was president until 2006.  The Timber Exchange did strategic consulting and forestland investment advising for members of the forest products industry and financial institutions throughout the west coast.

Since 1999 Don focused on launching a forest products industry on Hawai’i Island.  He and his wife Jana moved from the mainland to Hawai‘i in 2005 to devote their energies full time to the development of commercial forestry.  Don served on the HFI Board for two years and as HFIA Director for 14 years; three years as Vice-President and two years as President.  He made valuable contributions to HFIA and the forest industry for over 17 years.  During his term as HFIA President, Don made significant progress as the leader of the Healthy & Productive Forests Project.  He was a HFI Director and HFIA President at the time of his passing.

Mahalo to former Director Peter T. Young, President, Ho`okuleana LLC for his years of service on the HFI Board of Directors. 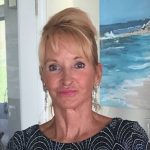 Heather has a Bachelors Degree in Environmental Studies, an Associates Degree in Graphic Technology, and 30 years’ experience managing community projects and programs.  Prior to joining HFI and HFIA in 2007, she worked for the Hilo Medical Center Foundation for seven years and the Conservation District of Southern Nevada for eight years.  She is from Stratford, Ontario in Canada and moved to Hawai’i in 2002. Heather Simmons Resume 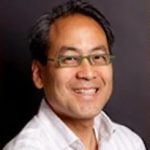 aims to restore nature from mauka to makai by mobilizing Hawai`i residents to grow more Native Hawaiian and canoe plants. He also manages the Symphony of the Hawai`i Forests and Honolulu Zoo Children’s Discovery Forest projects. Paul has an MBA from London Business School and an M.A. in International Economics from the Johns Hopkins University. Paul Arinaga resume 2022